So before Everett was born I had grand visions of what his woodland nursery would look like. Why I wanted something fancy but relatively inexpensive I don't know. Babies don't need coordinated prints and all that jazz.

But, alas, he came early and the only thing in the nursery was the recently assembled crib. I think Andrew and my mom moved the nursing chair into the room while I was in the hospital along with the side table I wanted in there. I was also given parts to the woodland set from 3 Sprouts and 2 coordinating crib sheets for my shower.

So 7 months later I'm finally getting around to the craft projects I wanted to do during the month of June. Eventually I will be putting everything together too!

Here is the first: 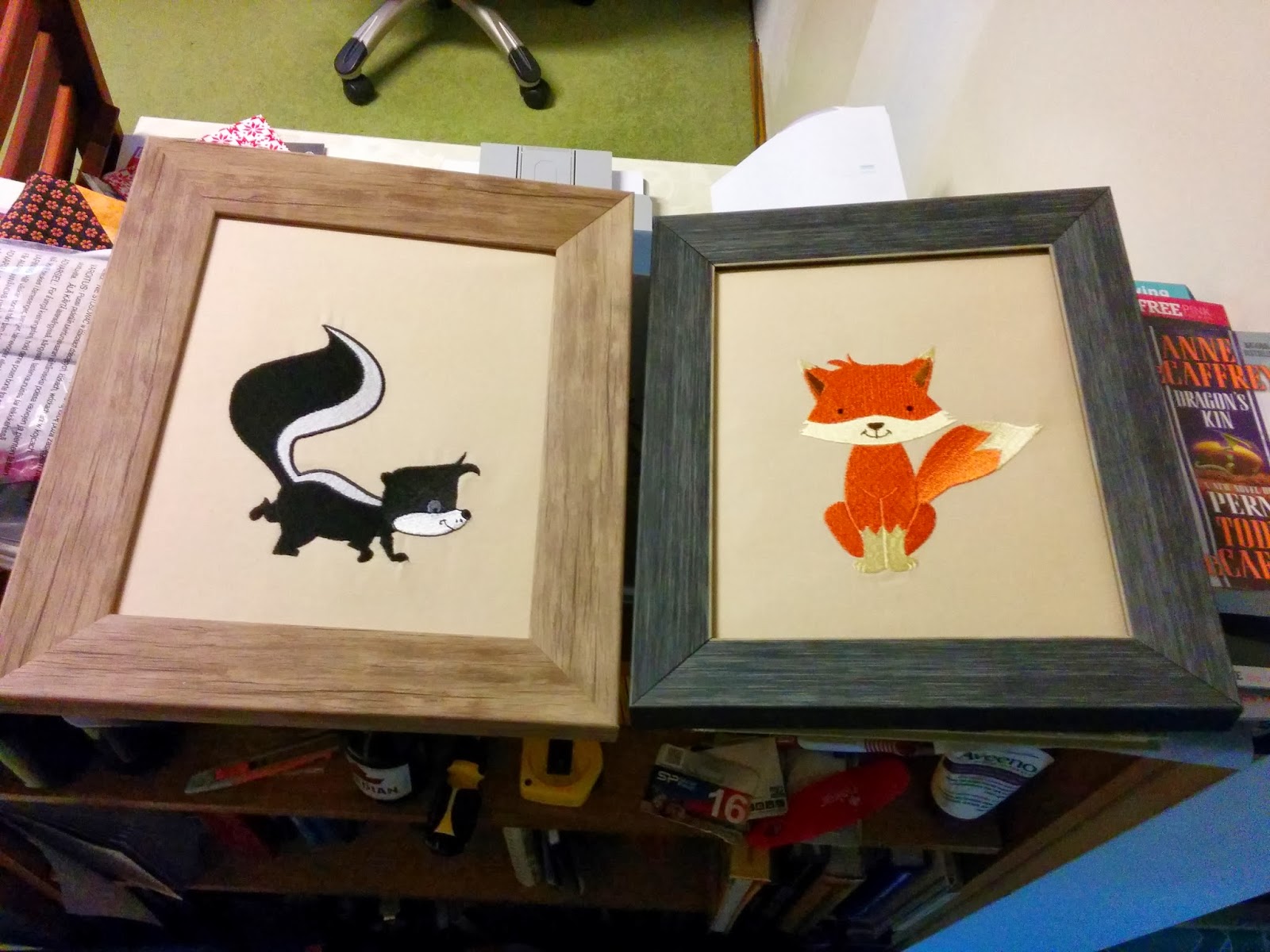 I knew I wanted a gallery wall. Everett's nursery will likely be the nicest, most thought out room in our house. The inspiration for the fox and skunk embroideries came when Andrew's mom offered us a choice of cross-stitches done by her mother (Andrew's Granni). I thought the blue jay would look awesome in Everett's room. 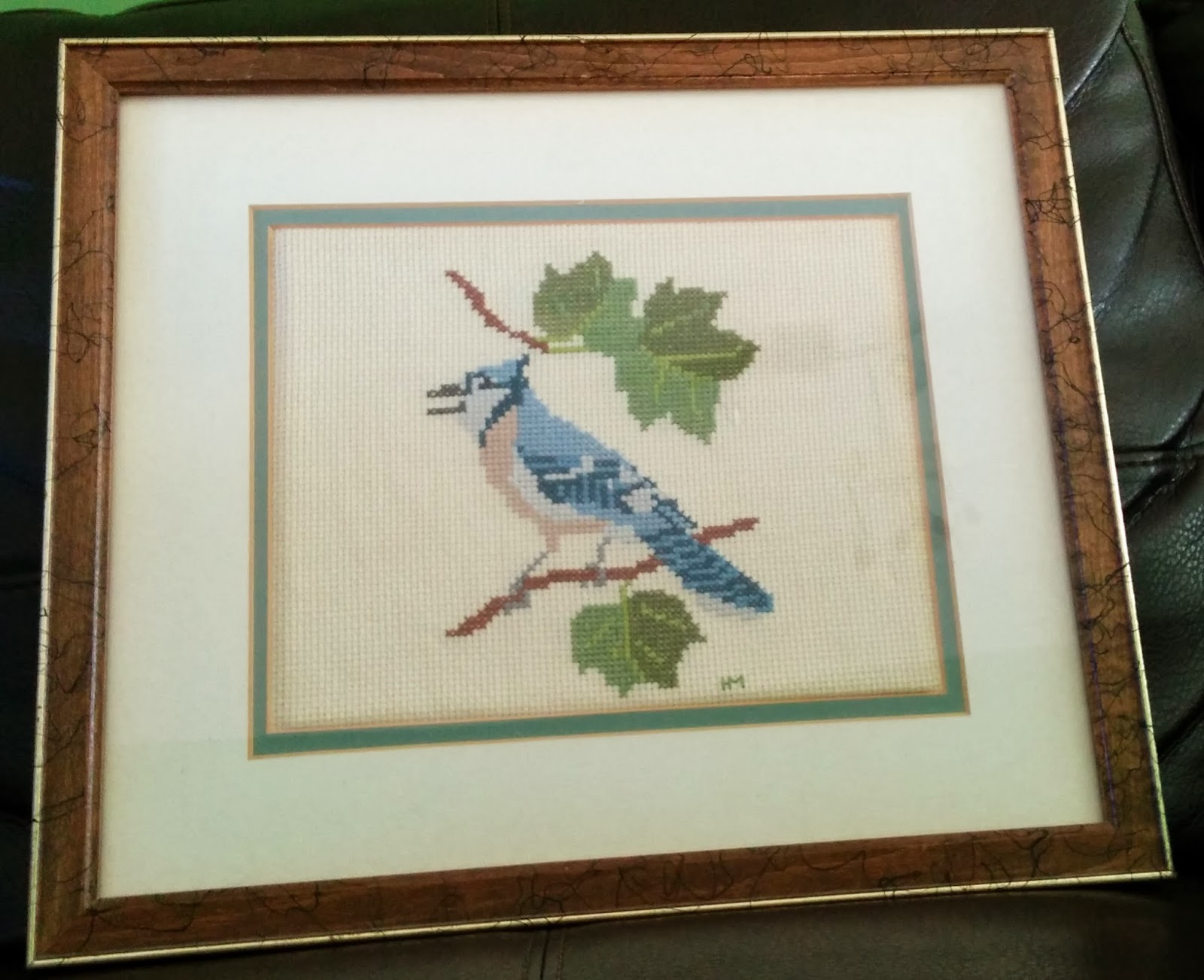 I was looking for free printables of woodland animals that were modern cartoons but not too cutesy and came across a website (Daily Embroidery) that had one free embroidery each day as well as one for members. Members also get access to the archives. I enlisted my mom (who owns the machine) and convinced her this embroidery membership might be good for a short period of time (she could download all she wanted immediately).

Finally we settled on the skunk: 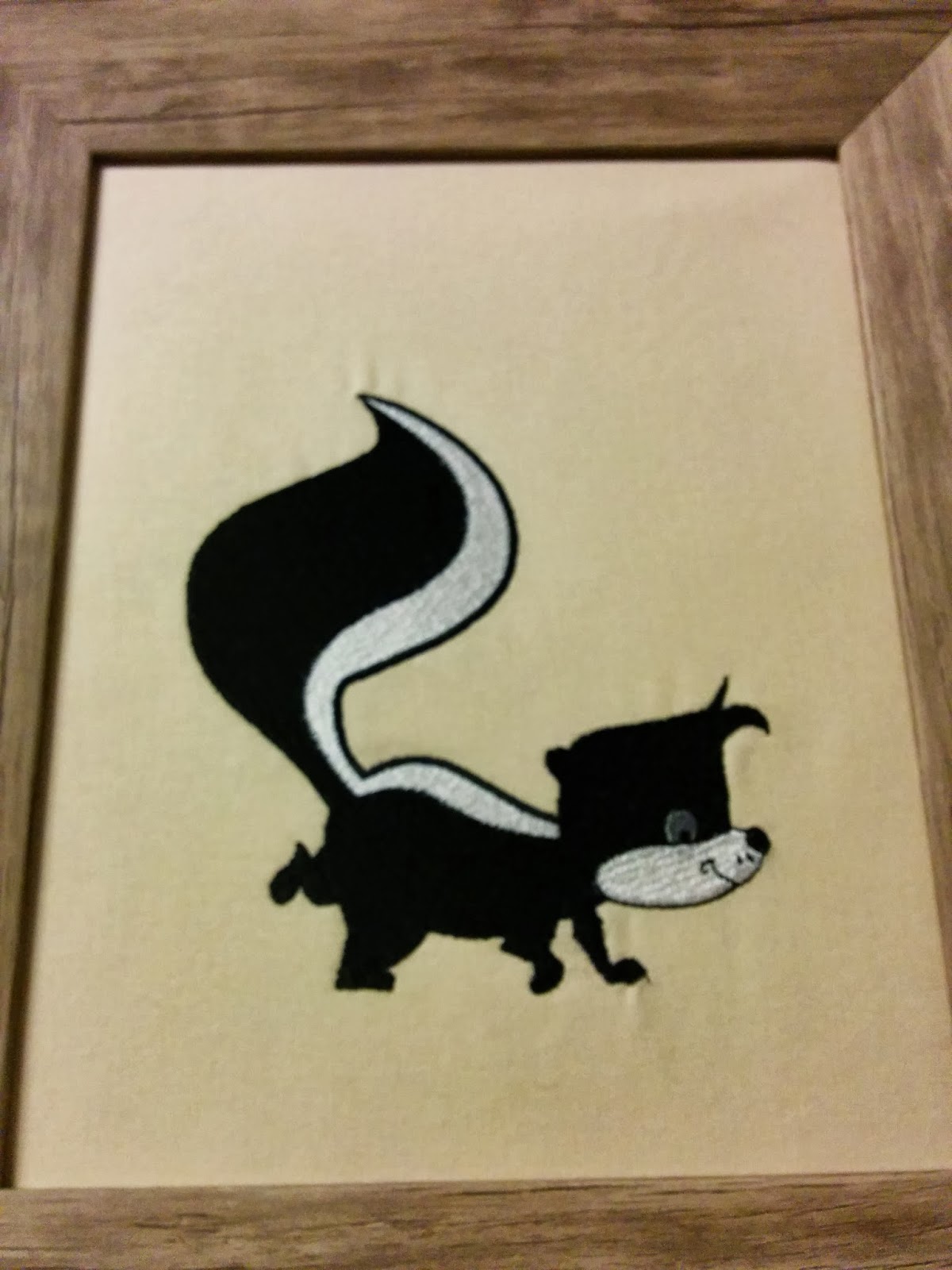 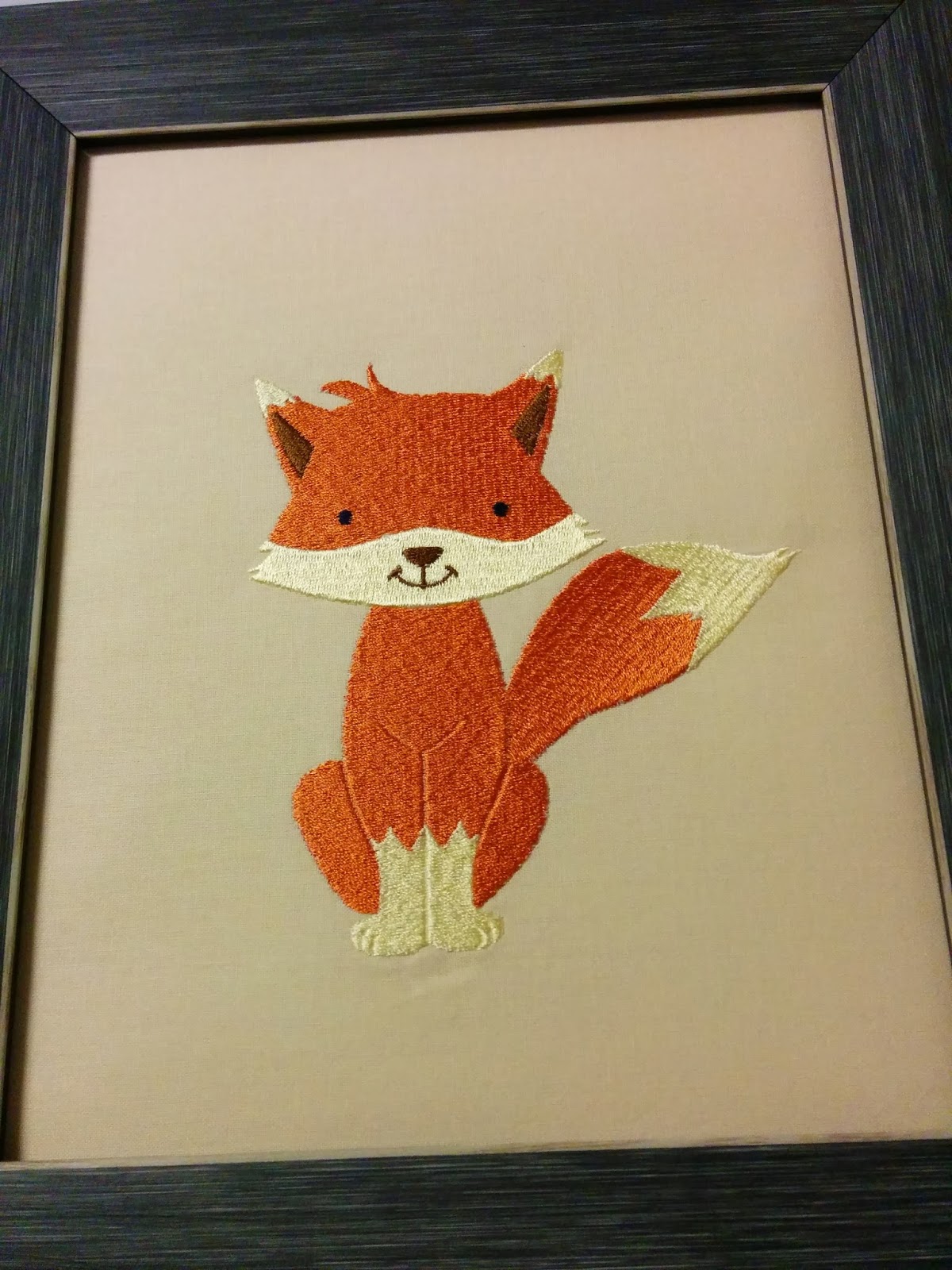 We wrapped the fabric around foam core and took out the glass since we weren't using a mat. I bought the frames at Walmart for ~$10.

I'm super happy with the finished product! I think my mom should go into business :P