Andrew and I have played Ultimate (frisbee) for ~5 years and today is our first full game of the Fall 2012 league. 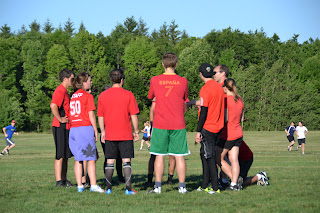 So I'm going to back up a bit and explain what Ultimate has to do with living intentionally. A major part of it is the exercise needed to maintain healthy bodies, but really, couldn't we do just any exercise?? 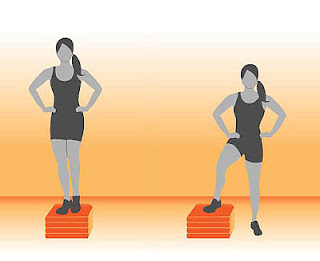 
Here is how we became dedicated Ultimate players.

We wanted a sport we could play together on a weekly basis. In order to get me out there when my back was hurting or I had a headache we had to have a sport where you pay a season at a time (I'm too cheap to miss a day I've already paid for). It had to be mixed (obviously, for both of us to play), but more importantly it had to be a sport where the mixed-ness was embraced. Men throw to women and vice versa, none of that macho crap!

So on top of all that, Ultimate is a fun game. The people are amazing!! And, I love the strategy involved in creating plays and setting up the offence/defence. In our league (WODS), 7 people on each team play at a time (3 women, 4 men) and games are ~2 hours long or up to 15 points (win by 2).

I really like this particular Fall league. Called a hat-league, teams are made up of players (who can request one person to be on their team) of all levels of abilities. We spend the first 30 minutes working on skills taught by a touring team member, and then play a game for 1.5 hours. So, if you're interested in giving Ultimate a try, a hat-league with a teaching component is the perfect place to start! They'll teach you to throw and catch and everything else you'll need to know!

Let me know what sport you're passionate about or if you've found a great way to exercise with someone on a regular basis.
Posted by ~Courtney at 13:58