There are many blogs/websites/professionals who give marriage advice. Our church has run a marriage initiative for the last two years called 8 cities that is an "eight-month journey into the heart of married life, using exotic tastes, sounds, and stories of global cities to explore what it means to pursue a life-giving and enduring marriage."

Something that has come out of all the resources we have accessed is the idea of quality time. Andrew and I are best friends and we spend a lot of time together. But we need to be intentional in putting in the time to further our relationship.

Guidelines for the dates:
-go on one a date a month
-alternate taking turns planning the date
-limit the talk about what's going on at work/school kept to a minimum
-encourage talk about personal plans for the future (not work/school), what we love about each other, etc.
-no arguing
-it should be fun!

We began our once-a-month date tradition in June, here is a re-cap of our past dates:

Dinner at a New Restaurant:
We had been to this restaurant in it's old location years ago but were excited to go to King St. Trio in Uptown Waterloo. We had a great dinner: soup of the day (one serving split into two bowls), I had Salmon Wellington and Andrew had Almond Crusted Pickerel.

Outdoor Movie:
I purchased a projector (which we also used at my sister's wedding) for a great price - I love a deal! We watched We Bought a Zoo once it got dark and had popcorn and drinks out in the backyard. 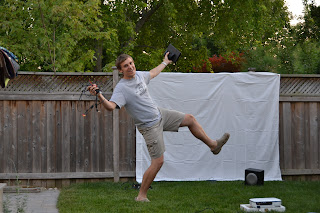 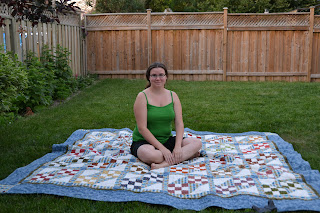 Following the rules, Andrew planned this date for July 22nd 2012 :)

Tour the Clay and Glass Museum:
Canada's Clay and Glass Museum is housed in Waterloo and it's free admission (though we did leave a donation). When we visited they were showcasing The Work of Jack Sures and we were the only patrons at the time which meant we got to share our opinions openly with each other. 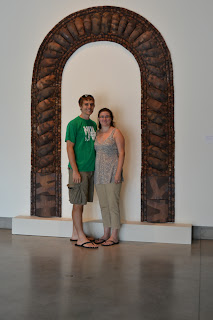 My turn again. However, we had to cheat a bit... August was insane for my family (in a good way) - my sister got married on August 18th to my new brother-in-law :) so our August date was actually September 2nd 2012.

Picnic Lunch in Stratford, ON
We had to rush somewhat from church to let the dog out before we left for Stratford so that meant that instead of a pre-packed lunch we stopped at the Subway in Stratford to pick our favourite subs up. We had a nice and relaxed lunch in Shakespeare Park.

The Pirates of Penzance
Andrew played Frederic in his highschool version of the musical so it was extra-special for us to see this :) It played at the Avon Theatre as part of the Stratford Festival. We've been singing the songs from Pirates ever since! We completely encourage you to see it (before it ends Oct 27) if you can. Click here for more info. 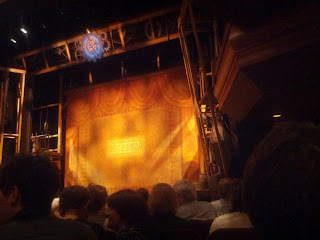 Dinner at King St. Trio
Seems like this is becoming a fast favourite! Had another great dinner here: I had the soup of the day and the salmon fillet, Andrew had the porcini chicken. Yum!

And no, I was in no way compensated for my review of King St. Trio (that would have been awesome though!).

Do you make regular time to 'date' your spouse? What was your best date ever?
Posted by ~Courtney at 23:20